You will have no doubt read this morning that two separate security flaws have been discovered by security analysts which potentially impact a large number of devices. Although these vulnerabilities are chipset related, they are officially defined as two separate vulnerabilities – known now as Meltdown and Spectre;

Littlefish is currently liaising with the major vendors (Microsoft, Apple, and Google) to gain a better understanding of the vulnerabilities and their anticipated security updates/solutions. At this stage the UK’s National Cyber Security Centre (NCSC) have stated that there was no evidence that the vulnerabilities have been exploited, however a key aspect here is to ensure that your security products are all up to date on both end-user and server platforms (Littlefish will continue to do this for customers across supported devices) and that your users remain vigilant when receiving emails or web browsing.

How Do Meltdown & Spectre work?

Meltdown & Spectre both exploit critical vulnerabilities in modern processors on personal computers, tablets, mobile devices and in the cloud, that allow access to data being processed by the computer. Malicious programmes are able to access data stored in other running applications – potentially including passwords, personal data and critical business data. 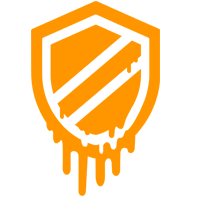 Why is it called Meltdown?

The bug basically melts security boundaries which are normally enforced by the hardware.

CVE-2017-5754 is the official reference to Meltdown. CVE is the Standard for Information Security Vulnerability Names maintained by MITRE. 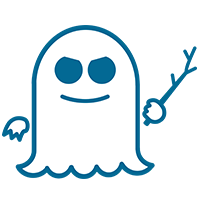 Why is it called Spectre?

The name is based on the root cause, speculative execution. As it is not easy to fix, it will haunt us for quite some time.

CVE-2017-5753 and CVE-2017-5715 are the official references to Spectre. CVE is the Standard for Information Security Vulnerability Names maintained by MITRE.

The Extent Of The Risk

Meltdown potentially affects every Intel processor implementing out-of-order-execution – the majority of processors since 1995 – including desktop, laptop and cloud computers. Spectre has an even wider footprint – affecting almost every system from smartphone and tablets, to desktops, laptops and even cloud servers. With no traces left in traditional log files, you’re unlikely to detect if someone has exploited either vulnerability against you.

Is there a workaround/fix?

There are patches against Meltdown for Linux (KPTI (formerly KAISER)), Windows, and OS X. There is also work to harden software against future exploitation of Spectre, respectively to patch software after exploitation through Spectre.

Which cloud providers are affected by Meltdown?

Business-critical operations rely on IT, so the availability, integrity and security of these systems is vital to any organisation. Littlefish cyber security services empower you with the strategy, tools and resources to combat ever-evolving cyber threats.

How are passwords cracked? How can you improve your password security?   Cyber security attackers use a variety of techniques to discover passwords, including using powerful tools freely...

END_OF_DOCUMENT_TOKEN_TO_BE_REPLACED

With the majority of the UK working from home due to Covid-19 it can feel new, daunting and sometimes overwhelming, as for many of you this is a completely new experience. Here at Littlefish we have...